Susana Dartey is the Project Officer for The Network Project working with female sex workers in Ghana. In 2014 Susana was awarded a place on the Ghanaian Women’s Social Leadership Programme. Her story reveals how inspiring other women has been a source of empowerment for her too.

I love theatre because I like to take up other people’s characters, be in other people’s shoes and see what other people see. I like to make up stories in my head, and sometimes I want to see these stories enacted. Theatre for a Change has helped bring my imagination to life.

Whilst waiting for my high school results, I engaged with the Centre for Popular Studies, Action and Development (CENCOSAD), who came to our school and asked some pupils to come up with some plays. My play was about teenage pregnancy, and it was the first time I had written and directed a play. The play went very well, with other schools and renowned Ghanaian actors coming to watch the play. I met Theatre for a Change (TfaC) through CENCOSAD, and will always remember their first workshops, with learner-centred activities such as games, songs, ice-breakers and warm-ups. This culminated in a performance at a festival at the National Theatre in Accra. It was the first time I experienced touch-tag, and when I saw that the audience were coming up with real solutions, I knew that this was something very unique.

After I finished high school, I was selected to become a facilitator with TfaC, mobilising and forming a focus group of young people in Jamestown – a community in Accra with high unemployment rates and inequitable education levels. I led the group in a series of learner-centered and activity-based workshops on sexual and reproductive health (SRH) issues and also interactive theatre. After being employed as a Monitoring Officer, and then working on other projects, I became a Project Officer for the Old Fadama project in 2012. 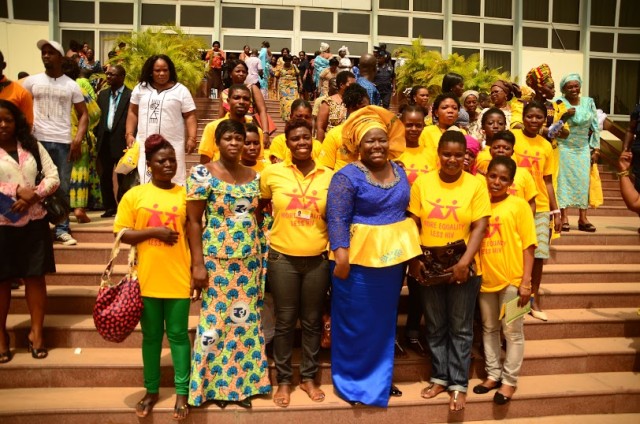 Susana (front centre) with the women from the original Old Fadama project and the Minister for Gender, Children and Social Protection

I have been working with female sex workers from Accra slum communities on the themes of SRH and access to justice. The first time I saw the women, I got the idea that if I need these women to trust me, I need to start thinking like them and acting like them. So the next day, I went to a barber shop, cut my hair short and changed the way I dressed to look more like them. I chatted with them, saw round their places, and talked to some of their clients as well. I had to take on a role, and change the way I talked to them. I have engaged these women in behaviour change workshops where they identified and explored real-life issues and behaviours, and in advocacy activities with the wider community promoting their rights via interactive theatre performances attended by key stakeholders such as the police, brothel owners and traditional chiefs. 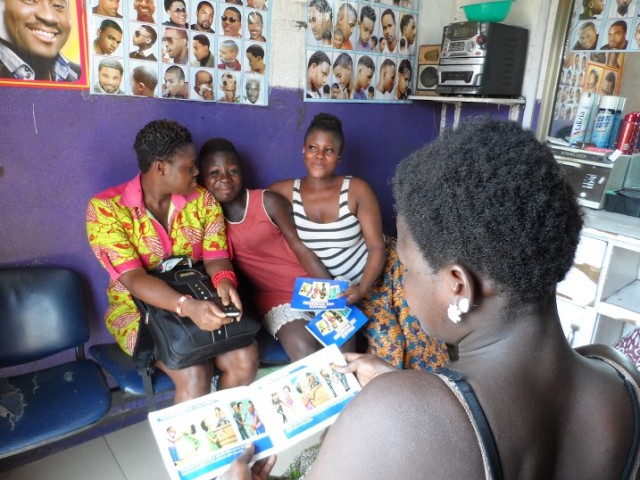 Susana with some of her project participants

I witnessed a lot of abuse whilst with these women, but they would never go to the police. When the Access to Justice project started, I was happy these women would know how to report abuse, and would go back into the community as peer educators. Project activities have encouraged interaction between sex workers and the police, with many participants able to talk to the police despite previously reporting that they were afraid to even see the police. My hope for the future is that police listen to the people more.

So far, I have produced three successful interactive radio dramas with different focus groups of female sex workers, with stories based on their real-life experiences. The response from callers has been positive, showing that listeners found the dramas educational and eye-opening, with many people calling in to make a change in the drama. These broadcasts have been especially beneficial for the women, as they live in a bubble within their community: hearing themselves on the radio has made them more confident and has built their self-esteem, changing how they go about their daily life and how they interact with people. It has been a dream come true to really make a change in the lives of these people . 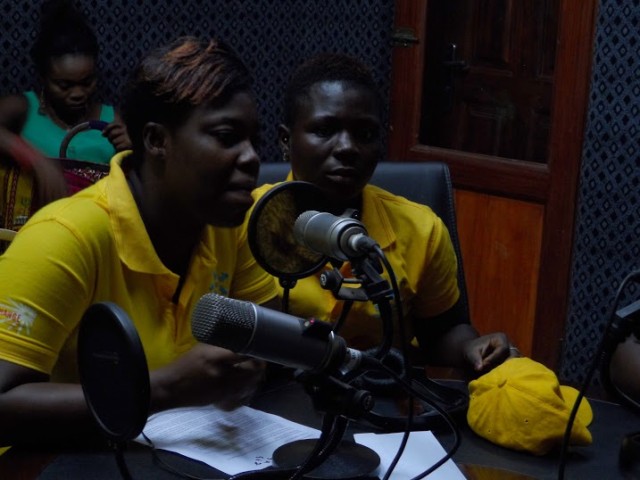 I was someone who went through abuse when I was very young, and I feel that a lot of women have been through what I have and given up. They need to have hope, and they need to be empowered. If you are a woman and you are alive, you should know that you can fulfill your dreams. Through my drama and NGO work, I have taken part in a theatre festival in Germany, and trained a theatre group in the UK. I want to learn more about how to empower women in social issues, and am proud to have been recently selected for the Ghanaian Women’s Social Leadership Programme, where I will be coached into taking up leadership roles, with training in Ghana and New York. I want to continue empowering women in Old Fadama and Railways, and then in other parts of Ghana and the world. Inspiring other women has empowered me. 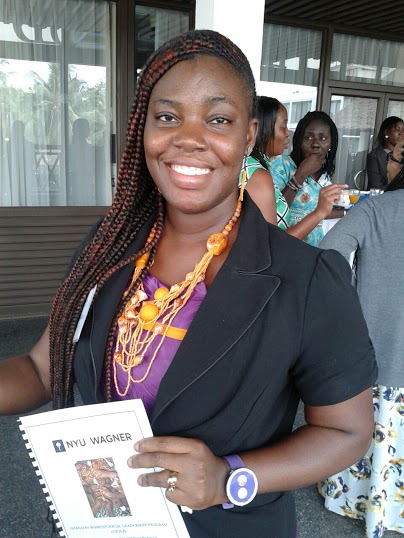 If you are a woman and you are alive, you should know that you can fulfill your dreams.