You join us at a training centre in Polana, a bustling commercial district in the heart of Maputo, the capital of Mozambique.

11 youth leaders have gathered to learn how to produce Interactive Radio Drama (IRD) for challenging toxic masculinity, and helping men and boys develop healthier perceptions and expressions of what it means to be a man.

The youth have been recruited by Voluntary Service Overseas (VSO) and the Associação Socio Cultural Horizonte Azul (ASCHA), one of VSO’s local partners working on gender, sexual and reproductive health and rights issues in Maputo schools. They are excited and eager to learn this new approach, which will mark the first time that IRD has ever been used in Mozambique.

The training begins by exploring gender expectations in a Mozambican context. How are young men and women expected to behave? How are they expected to use their voices, bodies and space to “signal” that they are “real” men or women? Where do these messages come from?

Immediately the group identifies patterns of behaviour along gender lines: women are expected to take up less space, use lower voices and more restrained body language, and to be altogether subservient to men. Men, on the other hand, are expected to be physically dominant, expressive and powerful, and to sometimes use violence and force against women to “keep women in their place”.

It is clear that the high rates of child marriage, early pregnancy and unsafe abortion in-country all stem from this fundamental imbalance of power between women and men, which puts the health of both women and men at risk. 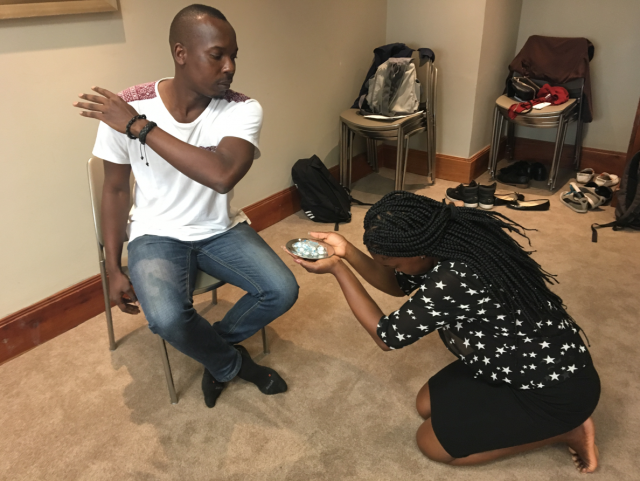 Exploring gender expectations and their consequences through body sculpting. 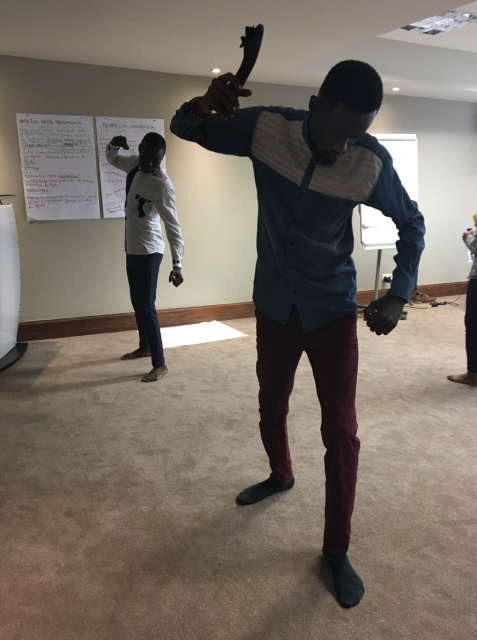 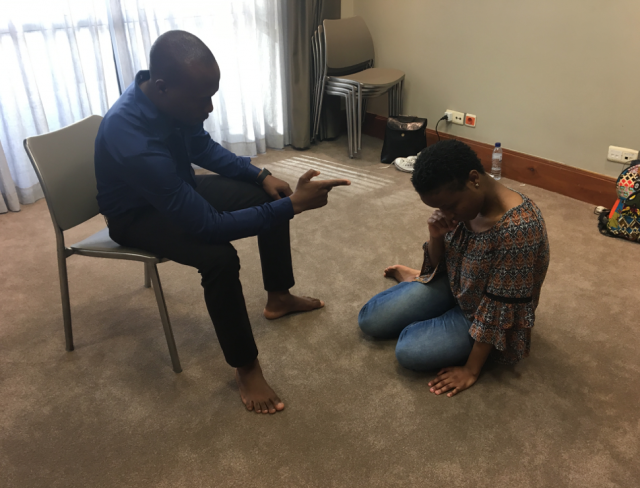 After exploring gender expectations and their consequences, the group takes a field trip to a local school. The purpose of the trip is to find out about the relationships between adolescent boys and girls, and how toxic masculinity and gender inequality are putting their sexual and reproductive health at risk.

We meet two groups of 20 boys and girls – all between the ages of 13 and 17 – who talk openly about their experiences with relationships and sex.

One girl bravely tells the story of how she was sexually harassed by her male teacher earlier that day. Another girl says that the week before, a different male teacher made a sexual comment about her in front of the whole class, which left her feeling humiliated and not wanting to return to school. A third girl reveals that she recently had an unsafe abortion, and still does not know whether it was successful. Another girl admits that she puts pressure on her girl friends to have sex before they are ready because it is “the cool thing to do”.

The boys’ stories are equally disturbing, and reveal a similar range of pressures and influences on their behaviours. One boy tells the story of how his father started placing condoms in his school bag when he was just 10, which the boy interpreted as his father telling him that it was time to start having sex. Another boy says that he started having sex after his older cousin forced him to watch porn with him – and then felt pressure from his cousin to go out and “try what he learned” with younger girls. A third boy says that he never uses condoms with his girlfriend because “it feels more exciting to go without”. 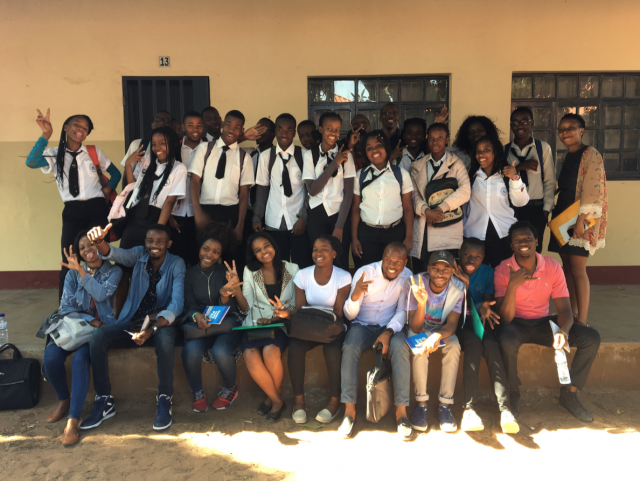 Back at the training centre, the group learns how to create narrative arcs and develop characters based on the stories they have just heard. They want to make sure that the radio drama they produce closely reflects the experiences and reality of these youth.

Their story ends up focusing on Mauro, a 13-year-old schoolboy who is pressured by his friends into having a sexual relationship with Angela, one of his schoolmates. Mauro ends up lying to his friends about the relationship by telling them that he and Angela are having sex when they are not. When his friends find out that he is lying, they bully Mauro into losing his virginity with Angela, who has just become HIV positive through another partner. Mauro becomes HIV positive and is forced to leave school due to the stigma and harassment he faces from other students, including his former friends.

After rehearsing, the group records their story on location, in order to capture the real sounds and rhythms of the environments where their story takes place. 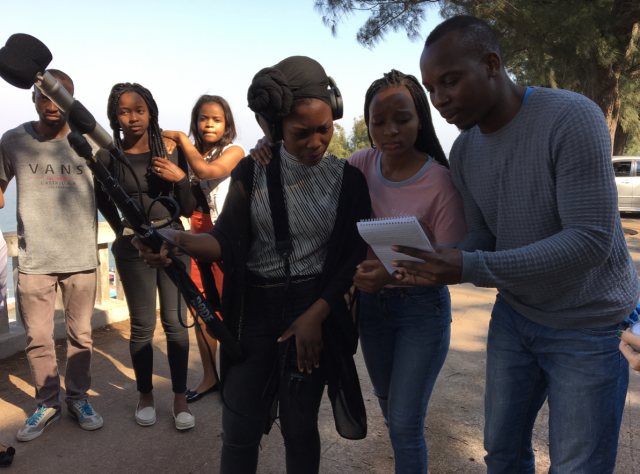 Preparing to record a scene on location. 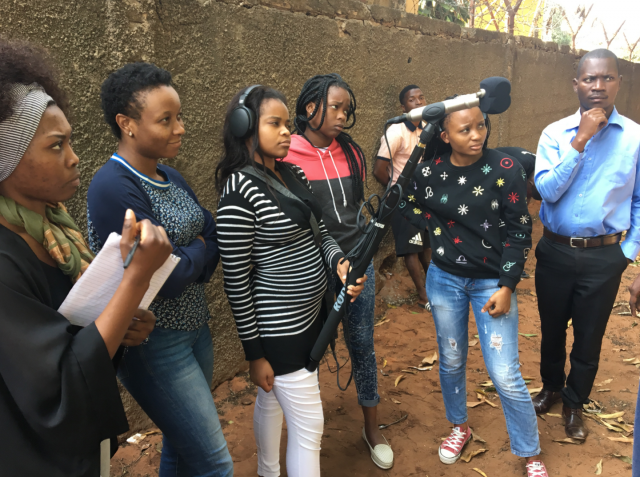 Listening intently to the scene being recorded. 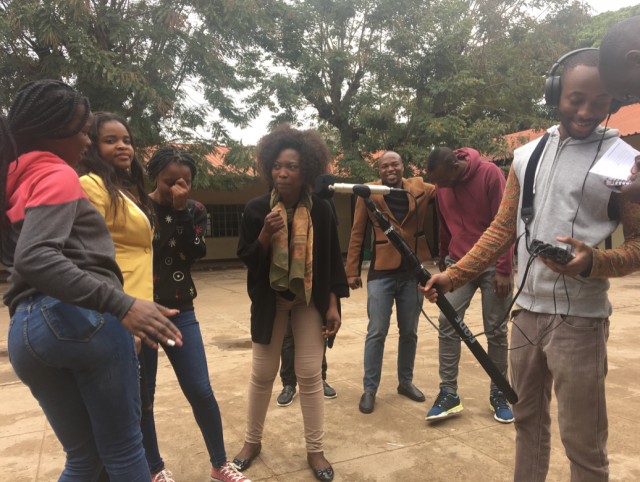 Preparing to record a scene in the schoolyard. 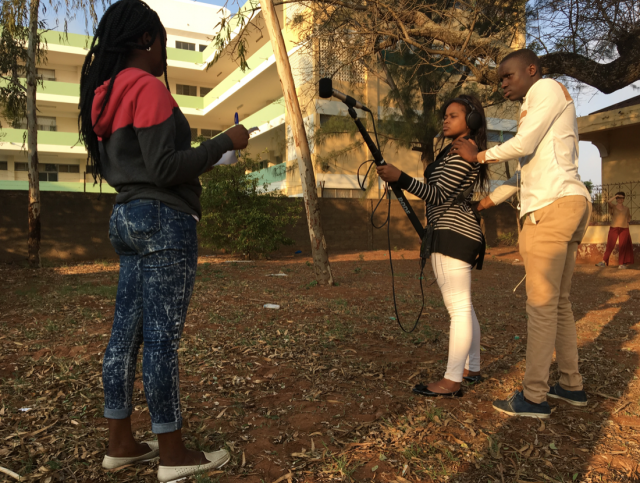 Doing a sound check before recording a scene. 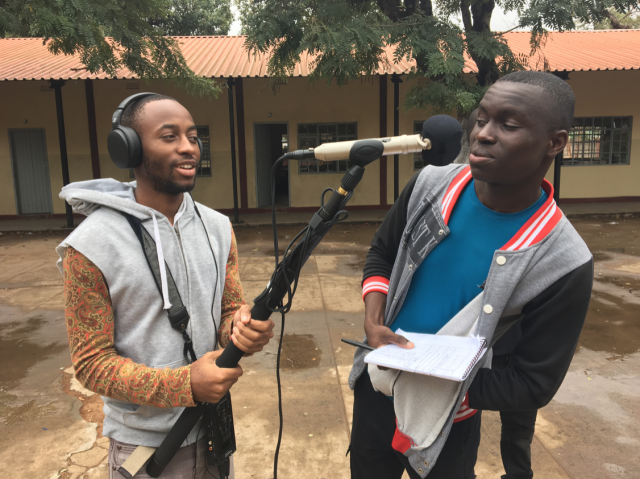 Saying the scene and take numbers before recording begins.

After recording their story, the group learns how to edit the recording using editing software. First they arrange the scenes in story order, and then they remove any unwanted noise, and adjust the different volume levels of the characters. They also create and record their own original theme song to add to the track. 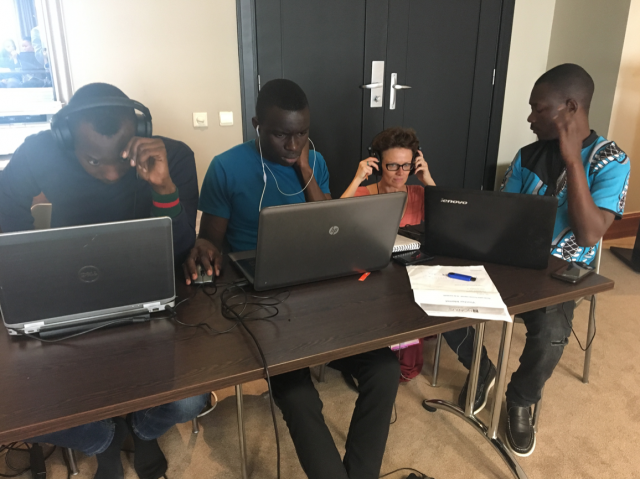 Editing the first episode of IRD.

Finally, the day has arrived when the group is ready to practice broadcasting at the radio station. We travel to Maxaquene Community Radio for the tech rehearsal. The radio station is on the top floor of a day and night secondary school. 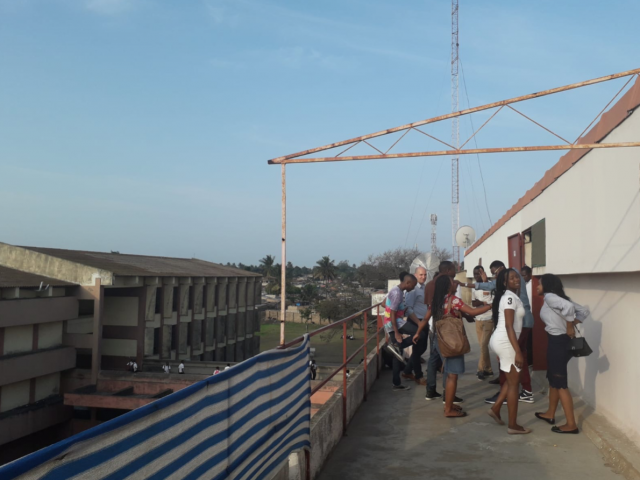 The group waiting to enter the radio station to rehearse their first broadcast.

We enter the studio, prepare the equipment, and practice delivering the broadcast. We also practice facilitating touch tag, where the audience is invited to call into the station and replace the main character in the story to show what they could do differently as this character to change the story for the better. 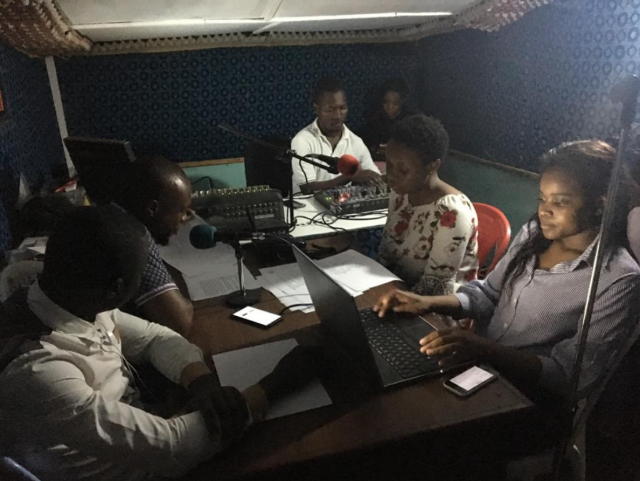 Rehearsing the first broadcast inside the studio.

The group is now ready to go live with their original IRD series Matreco, premiering in October 2019. We are excited to follow them on this journey! 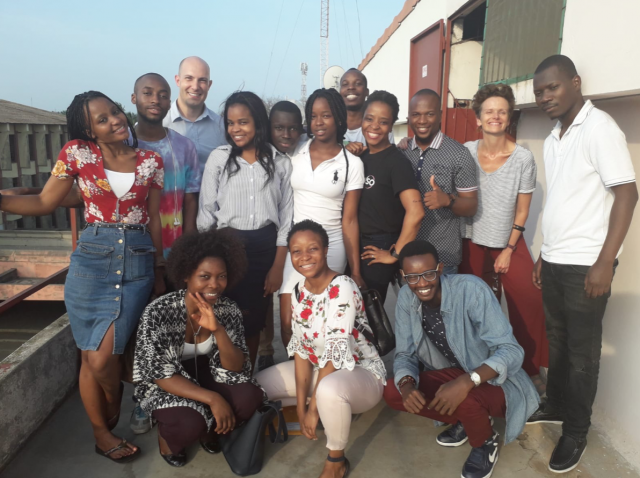 The group with Theatre for a Change trainers.