Henry is a Senior Radio Project Officer on our Interactive Radio Drama (IRD) project in Malawi.

The Interactive Radio Drama, Tisinthe!, focuses on increasing awareness of sexual and reproductive health and rights among listeners. This is his story.

“Theatre for a Change started the radio project in 2010, and the now-famous Tisinthe! programme broadcast its first live radio programme on 4th March 2011.

“We have been working with both pre-service and in-service teachers and primary school learners in Malawi developing knowledge and skills to make informed choices about their sexual reproductive health and rights (SRHR). Due to radio’s cost-effectiveness, its wide availability and usage, and its ability to reach remote areas of Malawi, it is uniquely positioned to support this work with targeted participants and the general public in a way that few other mediums can.

“The radio project’s main aim is to create the conditions for open and honest communication about sex and sexual reproductive health rights (SRHR) of the most vulnerable and marginalised women and girls.

“The programme is broadcast on a national private radio station (Zodiak) as well as other radio stations reaching out to our target listeners’ clubs across the country. Since its launch, the radio project has established over 400 listeners’ clubs under across Malawi as part of Theatre for a Change’s projects.

How we do it

“The radio team uses a unique participatory methodology to exchange experiences and share ideas on how to overcome challenges to SRH issues. Performances are also often used as a call for more just and equal treatment of marginalised groups of people.

“All aspects of the performance-devising process, from initial conception to the final presentation, are led by the team of radio performers. Usually the devising process begins with questions related to the target group’s experiences with SRH issues. Participants talk about their experiences and recreate them through improvisation and role play.

“Characters arising from the role plays are then “hot-seated” and developed until a story with a clear structure takes form. This is used as a structure which participants are then able to improvise with during the interactive part of the performance, when the audience are involved in finding solutions to the dilemmas that the characters face.

“So far, in our experience with radio drama and programming participants seem to understand what we do when they use active participatory touch tags involving SRHR issues. The stories are owned by the performers, the situations are true, the characters are real, and their dialogue is exciting and fresh. 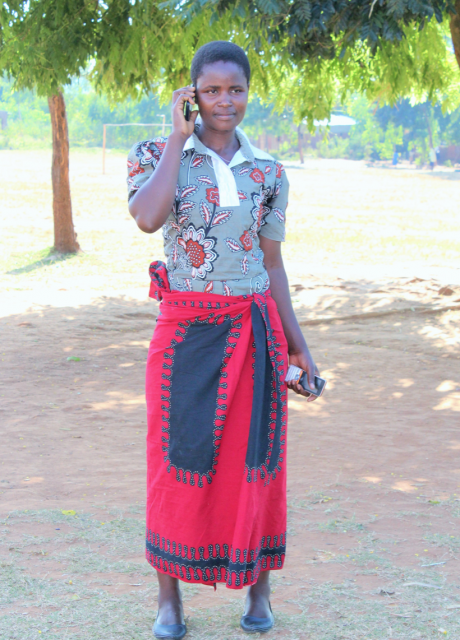 “Tisinthe! has featured recorded voices of children (both boys and girls) and community members (both men and women) speaking about how the programme has benefited them and their community in areas of sexual and reproductive health.

“And it has advocated for the rights of children, and has empowered communities to protect children from abuse and promote their right to education.

“The effects of the IRD in communities has been strong. In schools where we have radio listening clubs, many girls and boys who dropped out of school are now back in school. School-related gender-based violence has been reduced, and child marriages – and many other abuses – have been minimised.

“Many cases of child abuse have been reported, and perpetrators have been brought to book.

“We have been pleased to engage with power holders, too. During our live radio programme on Monday 10th June, the former Minister of Gender, Information and Civic education – Honorable Patricia Kaliati – called in and performed a fantastic touch-tag live on radio. In her touch tag, she empowered a mother of an abused girl character in our radio drama with knowledge and skills on how and where to report child abuse.