Priyanka works in Nepal as part of the partnership there between Theatre for a Change and VSO.

“I have recently conducted four days of training in facilitation and performance for 48 community volunteers (both male and female).”

“The participants were from four districts of Nepal: Parsa, Lamjung, Dhading and Surkhet. The initiative has been delivered within the framework of the existing Sisters for Sisters project, which is an integrated education and health project in Nepal enabling adolescent girls to transition from their basic level of education to secondary – and to be capable for employment.” 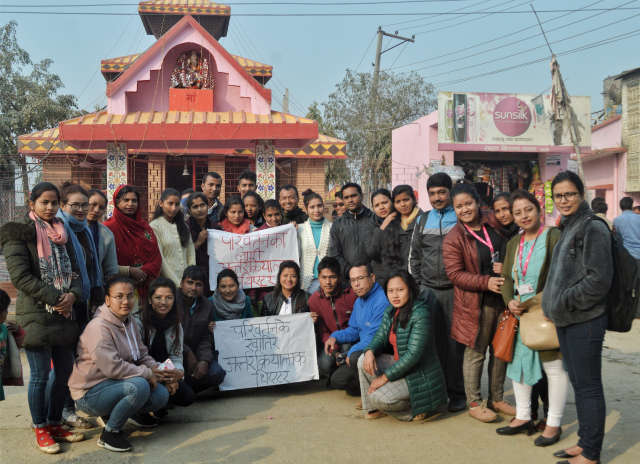 “The training was focused on increasing the participants’ facilitation skills: devising stories, and performing and facilitating the touch-tag. Participants described how they built the confidence to create and develop stories during the training and also learnt to think about the causes and consequences of the story. The aim of the training was to make participants able to facilitate and perform interactive theatre in the community to raise awareness of child marriage.”

“Child marriage is a serious problem in Nepal. According to Girls Not Brides, 37% of Nepalese girls are married by the time they turn 18.”

Reaction from the community

“The group has now completed 36 performances in 48 different clusters across four districts of Nepal. It has covered the issues of child marriage, the dowry system, early pregnancy and adolescent sexual health.”

“There were two performances at the end of the training, where participants successfully devised stories from their own life on the issue of child marriage. During the performance in one district, a few of the male audience members were in tears and showed their commitment to ending child marriage in their communities.”

“During touch-tag, the ward chairperson accepted that some of the relevant social practices (e.g. marrying off daughters at an early age, making them learn house chores, and so on) are harmful traditional practices in the community. He furthermore committed that they will take legal action against those parents who arrange marriages of any children they have children below the age of 20, as the current law of Nepal is that marriage below 20 is illegal.” 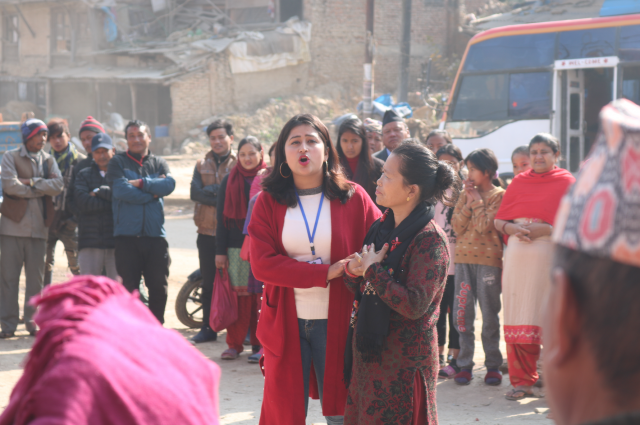 Learn more about our work with VSO in Nepal here.