WHAT WE DO IN PALESTINE

As part of a new global partnership between Theatre for a Change and the International Planned Parenthood Federation (IPPF), TfaC traveled to Palestine in June 2022 to launch a new project focussed on supporting survivors of gender-based violence (GBV).

A 2019 survey, conducted by the Palestinian Central Bureau of Statistics (PCBS), found that the majority of married or ever-married Palestinian women have experienced some form of GBV by their husbands, with psychological violence being the most prevalent type of violence directed towards women.

The project is using TfaC’s Interactive Radio Drama methodology to amplify the voices of women and girls who have experienced GBV, and to create linkages between GBV survivors and support services available to them through the National Referral System (NRS). The NRS was set up in 2014 by the Palestinian Authority to identify, refer and support survivors of GBV, and to define and regulate the working relations between the numerous institutions and organisations offering protection and services to GBV survivors in-country. 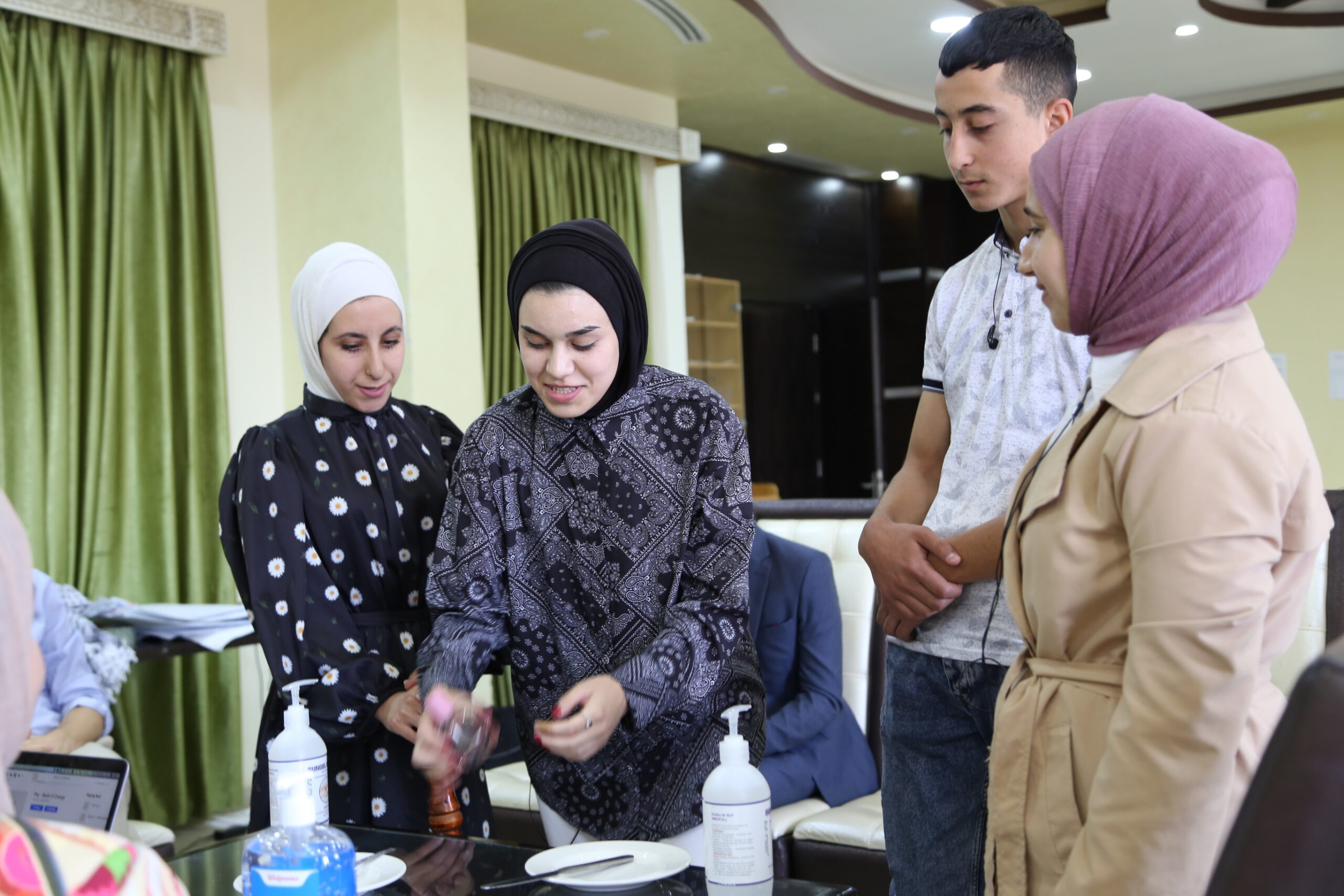 The group rehearses a piece of drama for an upcoming radio broadcast.

As part of the project launch, TfaC delivered 10 days of intensive Interactive Radio Drama training to a group of local youth activists in Hebron. The group used their own experiences as the basis for the dramas, which they are performing live on radio as part of an eight-week production cycle, ending in August 2022.

The project’s radio partner is Nisaa FM, a well respected broadcaster with a women’s rights focus, based in Ramallah. Two listening clubs – in Gaza City and Hebron – have been set up, enabling community members to come together to listen to the broadcasts, and to share their own experiences related to the topics being addressed, in a safe and supportive space.

Below is an advertisement that is being shared on Palestinian social media to advertise the broadcasts. The name of the radio programmes translates to “Spark of Change!” 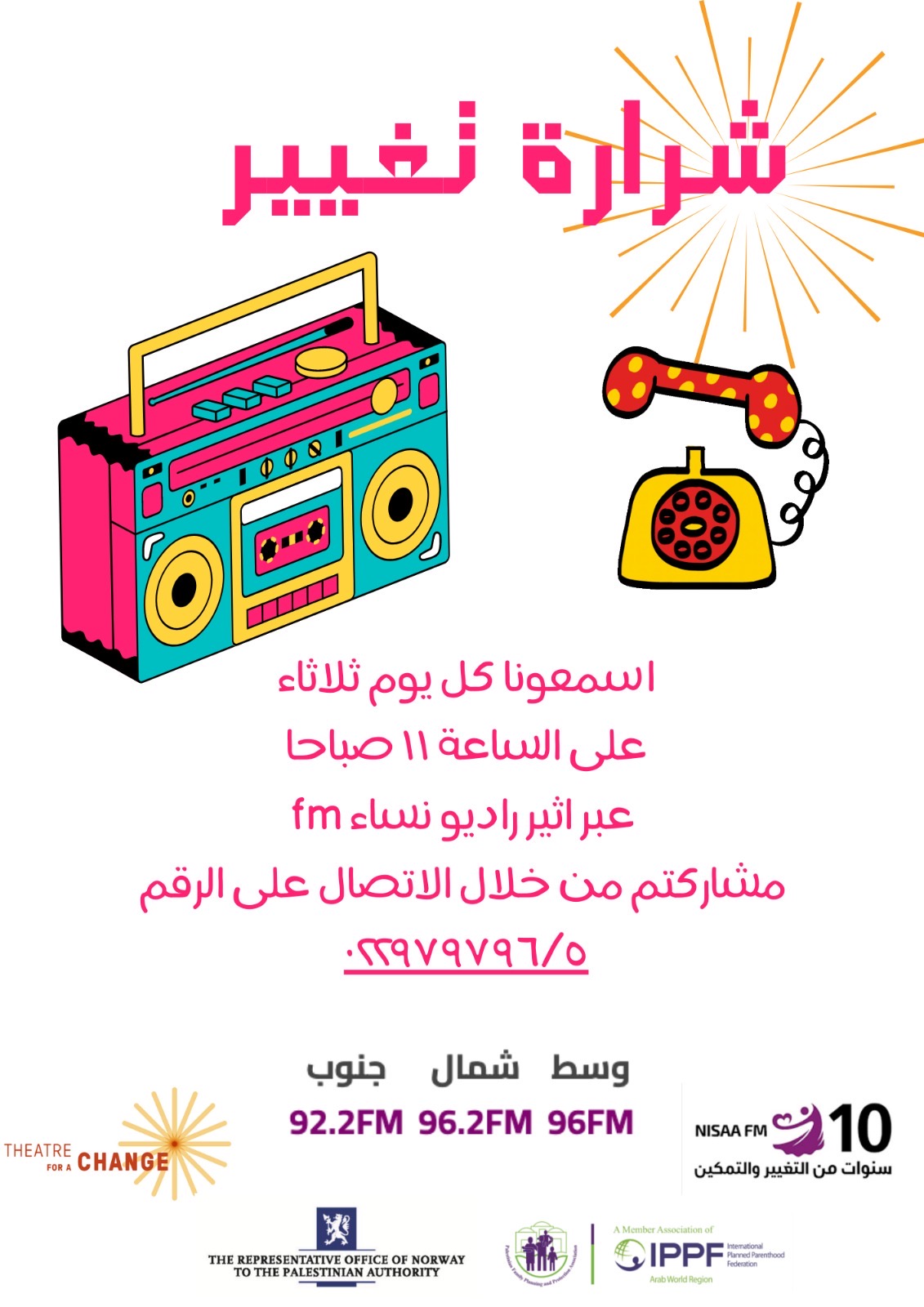 A sample episode in Arabic can be listened to here:

I am looking forward to having women learn about what gender-based violence is through our broadcasts, and to educate women that they should never hide these incidents, and for them to appreciate and use the support services available to them.

Read more about the training here

Learn about the project's impact here